Directly following my studies at the Queensland College of Art in Brisbane, Australia, I worked as a photographer until I moved to Berlin, Germany in 1988. While dodging the Iron Curtain's falling rubble, I held the position of Art Director for the English-language magazine The Edge. After The Wall succumbed, I became Art Director for the berliner.

In 1991 I escaped the cold winters and a bankrupt Berlin economy and moved to then recession-plagued San Francisco. Through the early 1990s, I designed a variety of branding and print materials: logos, brochures, music CD packaging, book covers, event fliers, manuals, user guides and catalogs. My clients included Pacific Bell, Bank of America, New Albion Records, and the Scottish Cultural & Arts Foundation.

Having pursued studies in Interface Design and Instructional Design at the SFSU Extension – and also having participated in their Artists-in-Residence Program – in 1996, I made a hard left turn straight into the craziness of Web 1.0. It was the early, fast-paced years of the internet. For the next five, almost sleepless, years, I designed sites for clients such as Food.com, Bank of America (various intranet and internet), SegaSoft (HEAT), Esilicon.com, DHL, Creative Labs (The Press Room), JavaSoft (Developers' Conference, Face to Face), Xuma Technologies, APBiotech, PG&E ES, Pacific Bell (various atHand subsites – Playbill, Waterskiing World, Windsurfing Magazine, Hollywood Reporter, Siskel), NASA (math lessons for disabled children). During this period I also subcontracted at Web agencies Interbrand, Ikonic/USWeb and Agency.com.

In 2000, I repositioned Black Graphics so I could apply my extensive design knowledge and experience in print, branding and web to the nonprofit and public-interest sectors. In 2008, I relocated Black Graphics from San Francisco to New York.

My work has won numerous awards and been published in a variety of design books and magazines. I am a member of ATypI (Association Typographique Internationale), and past member of AIGA, TDC (Type Directors Club), and ADC (Art Directors Club). 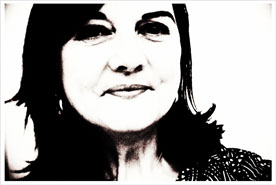